Emotions are the New Currency Around the Globe

Меньше Больше
11 мес. 1 нед. назад - 11 мес. 1 нед. назад #196 от Ustina Molyanova
The topic of feelings and emotions is definitely one of the most complicated subjects to exist. Sometimes, it even gets labeled as a problematic, unnecessary, drama-filled field that is “a waste of time” to explore or cope with. These are some of the labels that women receive when they show their vulnerable and “real” side, and it has to stop immediately.
Women all around the globe strive to restore equality between the two sexes by supporting their own gender. With this, they must aspire to stand up for themselves and fight for what is right by using their voice and expressing their feelings. However, other people find this to be disturbing or threatening to them. This is why women are forced to display a less enhanced, more dialed-back version of themselves and their personality while refraining from speaking on subjects as freely as they would like. And this concerns me.
The ability to express opinions and ideas freely without judgment or degradation is a standard that must always be fulfilled regardless of your location or situation. For example, the workforce is one major field that fails to reinforce this aspect for females, as well as build an environment in which everyone feels respected and equally valued. There tend to be frequent incidents in which women feel that their ideas are often neglected, dismissed, or not taken as seriously as they would’ve hoped.
One way to encourage positive change is by letting women express their feelings! As simple as it seems, listening to someone’s point of view makes them feel like a valued member of that community within a much more accepting environment. This is what we should strive to transform the world to be like – a representation of an environment where ideas are always encouraged and never degraded to be seen as “less than”.
As much as it is exhausting and tedious, it is all in your hands as global citizens to turn your community into a welcoming and inclusive safe space for all sexes, ages, races, and ethnicities. Let this be the joint work that we owe to the community of women who stand behind us, to empower them and provide a better life to all women around the globe. 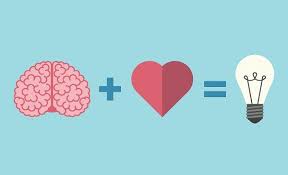