A New Take on Abortions

Меньше Больше
11 мес. 2 нед. назад - 11 мес. 1 нед. назад #191 от Ustina Molyanova
For the longest, the question, “should women be able to decide what to do with their bodies?” remains surprisingly unanswered, as the answer is right in front of you – yes, because it’s her body! Today, I will analyze two government actions that challenged this viewpoint and demonstrate why this is an invalid approach to this problem in the modern society.
The Human Life Protection Act, also known as the Alabama Abortion Act, was made official on May 15th, 2019 in Alabama. This act was set to establish a near-total ban on abortions throughout the whole state. This act also states that any doctor who attempts to perform an abortion illegally may receive a punishment as bad as life in prison. Although many tried to make amendments to this law by making exceptions for cases of rape and incest, these requests were rejected. This law bans abortions at any stage of the pregnancy; however it has some minimal exceptions to it. Cases in which abortions would be legal in the state of Alabama would be if the baby has fatal medical conditions, or in which the woman could not safely give birth (giving birth would put her at risk of dying). This decision ultimately came about due to the high demand of the Republican political party. The bare fact that the Vice President of the United States (at that time), Pence, applauded the state of Alabama after this law was put in act, proves how this opinion was mostly represented by the Republicans that resided in the United States. My reaction to the role that the government played is extremely negative because it immensely disgusts and disappoints me that this event occurred. I find it unfair and hollow that (mostly) men, such as Vice President Pence himself, support the idea of deciding what to do with women’s bodies as if it were their own. It’s disappointing and upsetting to see society take a step backwards in this case, especially after all the efforts that were assembled in the world to fight this cause. This can even be shown in a graph that compares the abortion restrictions versus protections throughout the years in the United States (shown below). To conclude, this event makes me immensely angry and emotional that so much support from the side of the Republicans was shown for this movement, and how society failed to see the wrongs in establishing this law.
The “Fetal Heartbeat Bill” is one of the most controversial laws in the United States that only a few states have passed. This law states that abortion becomes illegal after a fetal heartbeat can be detected – which can be appear as soon as 6 weeks into the pregnancy of a woman. These bills were proposed by several states in 2018 and 2019, but were only validated in Ohio, Georgia, Louisiana, and Missouri. In states such as Iowa, Kentucky and Mississippi, these laws were debated upon but ultimately rejected by courts. This debate has continuously stuck around for nearly a decade due to the controversy surrounding this topic. It was argued that after a fetal heartbeat could be heard, the fetus would be officially considered to be a “living person”. On one hand, this can be a valid claim, however, many women can still be unaware of their pregnancy 6 weeks into it, therefore it would be unfair to them. Despite all of this, it is still an on-going and continuous debate that remains without a concrete resolution or agreement reached. My reaction to this bill is mixed because I am able to see the issue and interpret the arguments from both sides. Even though the arguments are both valid, it makes me question what are the exact qualities make the fetus a living person? Where and when does that shift happen from an embryo to a child? Although these topics are all still up for debate, I support the decisions of states that agreed to block the law by court order, as shown on the map (attached below). Even though this is a development in the opposite direction that forces the government to try and put restrictions back on abortions, it gives me hope that many courts are denying states the rights to make this an official law and is primarily giving women the right to decide their own plan of action with their bodies, their futures, and their lives as well.
Hopefully, after carefully interpreting just two examples of laws that were passed, you have gained another perspective upon the issue. Despite what your view upon the controversy is, it is important to be empathetic of women and their issues or situations that they are unable to talk about yet. 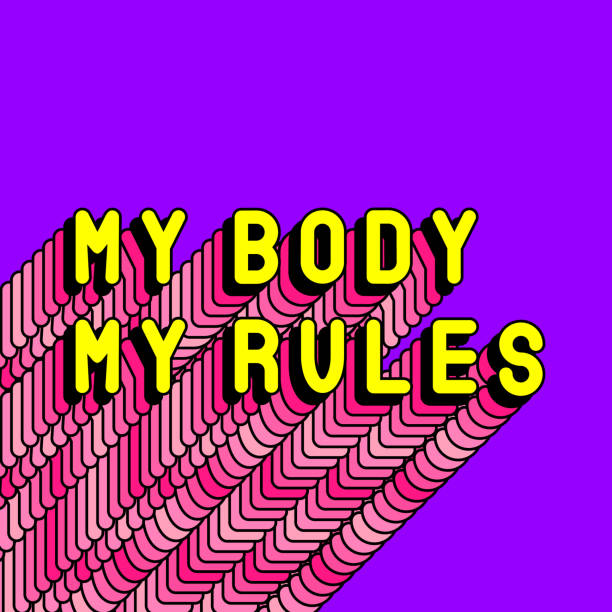