Reversing Roe: The Documentary about Abortions

Less More
1 년 3 주 전 - 1 년 2 주 전 #190 작성자 Ustina Molyanova
The court case of Roe vs. Wade took place on December 13th, 1971, then was consequently reargued on October 11th, 1972; the final decision of this case was reached only by January 22nd of the year 1973. This court case was taken to Supreme Court and essentially argued the right and freedom of a pregnant woman to choose whether she should have an abortion without strict regulations of the government. The 14th amendment of the US Constitution was continuously mentioned and mainly referred to during the hearing, where the question emerged: “To what extent should women have the right to privacy when it comes to them and their child’s well-being?”.
This event is historically significant because it displayed a great example in which women’s rights were reinforced, and, in my humble opinion, the right outcome was reached. It displays a step in the right direction not only for amending the laws of the US Constitution, but for humanity and the rest of the population of the world. By taking a step in the right direction, it brings the world one step closer to giving women their deserved rights to do what they want with their body – as this tough and personal decision must be up to them to make. This connects to the other parts of my research because it supports and reinforces ideas that other pieces of evidence displayed and advocated for. It shows how history rubbed off on multiple groups of people such as governors, film producers and authors; this ultimately proves the power of one single decision of the Supreme Court.
The big idea that is associated with this event are women’s rights – the court case argues for women to have the right to be in full control over decisions that have to do with their own bodies. This is culturally significant because it rubbed off on a lot of American citizens, but similarly the rest of the world as this case became known to the general public. As mentioned earlier, it pushed humanity to give women a chance to be heard, since Roe was the voice of many other women who did not have a voice to express their own concerns and opinions about the discrimination they have experienced in society. We remember it because of the tough but necessary conversations it started for the government officials, but also changed the perspective of many individuals to support women in this cause. This event not only affected people who lived through it, but also influenced the future of younger generations. People who lived through this event witnessed a shift in the ideas and demands that resurfaced politically and socially.
Politically – justice and simple understanding of human decency was now strongly demanded of the government to amend its laws and possibly make new ones to protect the right to have the choice and privacy for all women when it came to abortions. Socially – this court case proved that a women’s decision to have an abortion should be her own “right”.
By introducing these new ideas to society, it opened up room for discussion to normalize tough conversations that will put pressure on society to look at this issue with an open mind from a different perspective, that will allow women to receive the respect and rights that they have always deserved. Finally, this court case had an even bigger impact on people today because it made the US Supreme Court recognize the constitutional right to abortion in 1973 and moving forward. 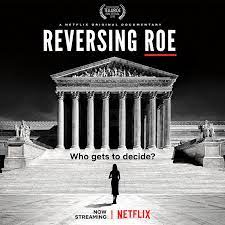