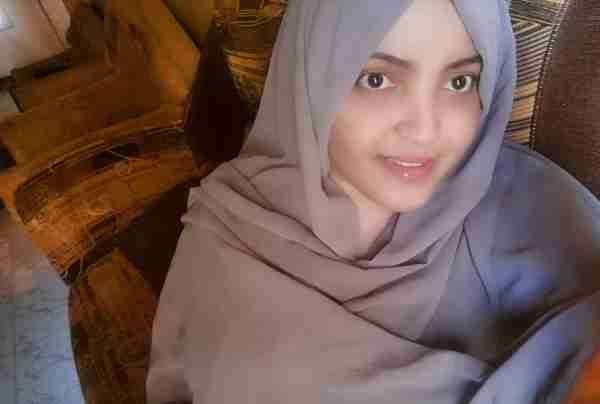 Weam Salih Mohammed Taha
Global peace
World peace has been the subject of debate among different countries, races and politicians, for each
of its own definitions of the word. Although many speakers have found the support of a good number
of people, few have been able to urge some of them to move towards change and apply the idea of
spreading peace, not to make them live in the illusion of Utopia, I believe in the power of words, but
only when they have the right impact on the listeners.
Through the pages of history, global peace chronicles show that several figures have taken their
place, many based their syllogism on destruction; far away from what they called peace, they started
wars where fertile lands were transformed into a source 0f hatred and at that time it was the dawn of
poisonous ideas, where a large part lost their humanity and the negative competition blossomed
inside them, but few have been able to leave their prints in the sand of time, reorient people to their
righteous, peaceful mind simply through the power of what comes out of their mouth, including
Abraham Linkoln, Mahatma Ghandi, Martin Luther King and few others. What I would like to
conclude is that the dream of achieving world peace is not an external effort or complex actions, but
a conviction that the least personal attempts and being human are enough to make us suppliers of
peace. A person can be an every-day peace builder by smiling to people around and accepting the
diversity of other’s character, little things matter to the full picture just like the butterfly theory.
In my opinion, as a teacher’s point of view, taking advantage of the opportunity to speak to an
audience, even if your students is a ticket to sowing the seeds of peace inside them, only if you can
hit the right beat on their eardrum, not just by making them listen to words neither meaningful nor
influential.
Achieving peace is not a dream outside our possibility, it is a reality that is easy to achieve if we follow
our nature by being a human being and stop all internal instability that leads to the imposition of the
policy of hatred and spreading differences, as human beings we are not our religion, our color or our
race but we are one kind made of love and supported by our differences, we are destined to live in
peace.

More in this category: « War is costlier than peace!

Make sure you enter all the required information, indicated by an asterisk (*). HTML code is not allowed.